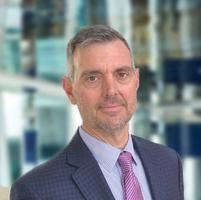 Mr. Williamson has more than two decades of experience in building, financing, and leading private and public biotechnology companies through critical phases of growth. He currently is the Chief Business Officer and Chief Financial Officer of OncoMyx Therapeutics, a privately-held oncolytic virus immunotherapy company, as well as an adviser and board member through his consultancy, LaSalle Venture Advisers.  Prior to joining OncoMyx, he was the Chief Executive Officer of BioTheryX, a protein degradation therapeutics company, where he raised a $100 million crossover round and positioned the company for an initial public offering. Prior to joining BioTheryX, Mr. Williamson served as Chief Executive Officer of both PharmAkea (acquired by Galecto) and ATXCo (acquired by Blade Therapeutics), oncology and fibrosis drug development companies financed through a partnership with Celgene. Prior to those companies, Mr. Williamson was Chief Executive Officer of Arriva Pharmaceuticals, President and Chief Operating Officer of Eos Biotechnology (acquired by Protein Design Labs), and Chief Operating Officer of DoubleTwist (acquired in part by Merck and Hitachi). Notably, Mr. Williamson served as an early Director of Pharmasset, where he helped finance, grow, and advance the company into the public markets and through its acquisition by Gilead in 2011 for $11 billion. Earlier, Mr. Williamson was a partner with The Boston Consulting Group and was a research assistant for the Federal Reserve Board.  He received a BA in economics from Pomona College and an MBA from the Stanford Graduate School of Business.